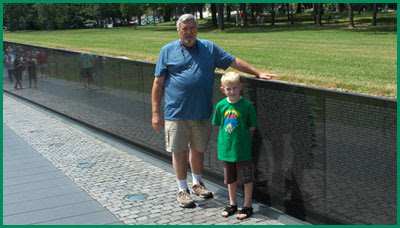 We took a road trip to Washington DC last weekend - Ben had a great time. We even saw the President drive by heading off to the Capitol. We visited all the sights and ended the trip at the Tomb of the Unknown Soldiers and saw the changing of the guard. I posted a lot of photos here.
No comments: Links to this post

Well, I missed a month.

Don't really have much of an excuse other than I have just been a bit out of sorts. Tired a lot, and my evenings have been spent resting rather than being as productive as I would like. So today, July 1st I went off to the Doctor and have begun look into it. Nothing to report other than he took a lot of blood to test. . . So the month of June was all rain and cold weather... global warming I suppose and likely Bush's fault. Didn't get out on the boat but once or twice. We did have a great air show, and several great parties. We went to a sporting event and was dismayed that the Obama voters we were with (all very dear friends) elected not to respect the flag when the National Anthem was played, no hands over heart... guess that is just not acceptable in some crowds. Not to be nit picky but, the rules state:
United States Code Title 36
301. National anthem; Star-Spangled Banner
No comments: Links to this post